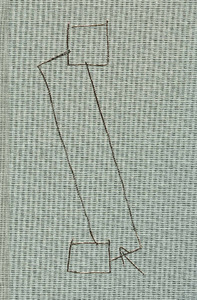 Feehily, Fergus
Vakkari, Johanna
Academy of Fine Arts of the University of the Arts Helsinki

Finding yourself lost / Fergus Feehily -- Far from the tree -- Constellations -- I was told there would be cake -- Such seemingly different ways of making art / Inkeri Suutari -- Correspondence -- Blue / Annie May Demozay -- What painting is / Terry Winters -- I'll just keep on... 'till I get it right... / Declan Long -- Next concept of painting? / Kukka Paavilainen -- Early in the morning / John Hutchinson -- Conversations in light and dark.

Constellations is a book that came out of two preceding projects, both curated by Fergus Feehily—Professor of painting at the Academy of the Arts, Helsinki—at Exhibition Laboratory in the winter of 2017, the exhibition of the same name and Conversations in Light and Dark, a two-day conversation series. These projects featured artists and thinkers from all over the world, Alex Olson from Los Angeles, Terry Winters, from New York, the Japanese artist Yuki Okumura, Helsinki based artist Petri Ala-Maunus and Declan Long from Dublin, to mention just a few. Both projects featured significant involvement of students from the academy, as exhibitors, writers, participants in the conversations and curatorially. The book forms a collective art work, where the visual and written word for equal parts. Constellations features texts by Declan Long, Fergus Feehily, Annie May Demozay, John Hutchinson and Kukka Paavilainen all dealing differently with ideas in and around painting, in addition here is a unique visual representation of Terry Winters' presentation for Conversations in Light and Dark. The section Correspondence, features pages given over to artists, writers and students of the academy. They were invited to respond to the idea of painting, these responses are varied, text, photographs, notebook pages, poetry and more.