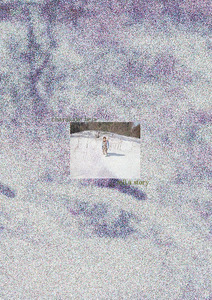 The essay film, Charukake Beja-Tell A Story, is a short essay film that was exhibited at Cinema Orion. The work was part of Kuvan Kevät MFA show during 4.5-2.6.2019. Besides me, there were three other art students whose works were also video pieces. Cinema Orion had screenings of the works once a week during the exhibition. Kuvan Kevät 2019 had record breaking amount of artists participating in the MFA show, which consisted of 51 artists.

Charukake Beja which translates from the Kurdish language, tell a story, is a dive into a mother and child relationship through code-switching. The languages are integrating into our lives while trying to develop a deeper dialogue only ending up facing an emotional and linguistic barrier. It is an exploration of how to deconstruct this barrier revolving around us. While working on this film I have had struggles to find a narrative that I wanted to represent and also the fear of representing a stereotype of a refugee family.

I wanted to avoid exploiting our traumas because behind every refugee there is a human being. It is also a contradicting emotion because I come from a refugee background. The process began in January 2019, when I commuted by train regularly to my mother’s house located in Tammisaari. The process of making this led me to locations I have not been to in ages and produced intuitive and site-specific materials that can be seen in the film.

Choices of the medium had also a big part while filming this work and how I ended up using main footage material filmed through an iPhone 5S. The tiny device enabled me to get closer to my mother and thus closer to a narrative I wanted to represent. In the thesis project, I will be talking more about the process of making this film. As well as how languages form their own subculture and can a location be an object are just one of the subjects that are written in the thesis.

Cultural identity, language, memory, and generational traumas are the main themes that are present in my artistic practice which mediates through moving image, sound art, and installations.