The apparition from the forest : a treatise on Satz in the music of Jean Sibelius 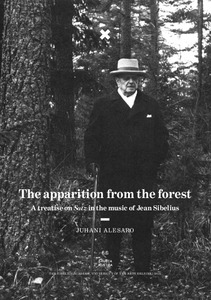 The purpose of this study is to examine the structure of the Satz of Sibelius. This consists of two branches: the traditional Satz and another Sibelian Satz-idea, hitherto little known. The core of it can be found in a fragment from the composer's audition lecture (1896). In it Sibelius presents his view on the tonal system of the oldest type of Finnish folksong: rune melodies. This accounts for his modal approach - both melodic and harmonic - that originated long before the Sixth Symphony (1923). In this fragment Sibelius also outlines his opinions on harmonization of rune melodies. This establishes the principle of additive harmony that results in ninth-, eleventh-, thirteenth-chords, other-kinds of sum-chord, as well as in polychords. The co-existence of modal and tonal systems in the music of Sibelius may be called neo-modality, a system where the long experience of major-minor tonality is taken into consideration, but where various modal scales are also utilized in a manner more profound that mere coloration. Some of the branches of neo-modality are polymodality, modal ambiguity and bitonality. Though independently developed, the Sibelian Satz-idiom has near relatives in the solutions made by his contemporaries, e.g. Debussy, Ravel, the young Stravinsky and others.